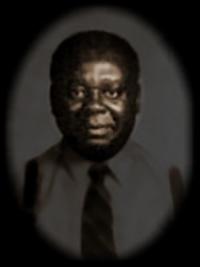 Great men are seldom thought so in their own time.

More often than not it is long after a great light has been extinguished that you are able to appreciate how much you were able to see by its radiance, and how you were comforted by its warmth.
|

I would like to tell you about one of the greatest men you’ve probably never even heard of, for he accomplished no great feats of athletic prowess or political gain. This was not a man of any great celebrity, save for that which is contained within a small town in rural Rusk County. His biography is not published among the annals of the profound thinkers or military leaders of human history. Flags were not lowered to half-staff nor did media outlets interrupt regular programming at his passing.

Aside from the fond sentiments of his relatives, as well as a sizable throng of former students and colleagues, this humble teacher passed into eternity with as little fanfare as he entered it nearly seven decades prior. Yet, for those who knew coach Chester Roy, he was a figure whose influence still lingers on since he died Dec. 8, 2005.
|

Of course, anyone who knew Coach Roy would also know just how he would have refused such effusive praise.

I can imagine his rebuke would be calm and yet resolute at the same time, for Coach Roy was not a man to mince words or to waste them in flowery soliloquies. He didn’t have to, his softest touch commanded the respect of generations of students at Overton Independent School District.

He came to Overton as a result of the gradual public school integration that took place across the South in the 60s and 70s and, during a time of no small racial tension, displayed a quiet grace that quickly endeared him to his students, his peers, and the community.

Coach Roy would stay for nearly forty years as an educator of young people and molder of young men. He coached every varsity and junior varsity sport, in addition to teaching Health and Driver`s Education in the high school. Not only that, he was also in charge of P. E. classes for all the junior high and elementary grades.

As for me, I can recall him teaching a certain skinny freckle-faced freshman how to tie a “four-in-hand” and a “Windsor” knot for when the football players had to dress for Friday pep rallies with the same dutiful attention that he extolled me to keep my “head up and butt down” when I tackled a ball-carrier.

Coach Roy was a friend and mentor, who seldom had to punish his students in the conventional sense in lieu of a sober conversation. Indeed, it seemed a stern rejoinder from him was far more severe than any corporal punishment – and more effective. As wild and unruly a young man as I was, I would tuck in my shirt, sit up straight, and pay attention to Coach Roy.

He was family man, known for the dutiful affection he showed toward his wife of many years and the children of his house, each growing strong under his tender care…  to say nothing of the special relationship he kept with his former students.

Years later, I was glad to be able to introduce him to my children and to show him that I turned out decent. I can still remember the glowing smile upon his broad face and the warm embrace when I shared my testimony of Faith with him, which brings me to my next point…

Overarching all of this tribute, he was a Godly man. A longtime Deacon of New Hope Baptist Church, who never had to preach a sermon but lived one with every day of his life.

Whether it was leading his players before athletic contests in prayer, teaching the integrity of good sportsmanship as well as the virtues of endurance, or simply making sure we all went to church on Sunday – he never forgot his role and responsibilities as a minister and servant unto others.
|

I believe that one of the important marks of a truly great man is his humility.

Great men must know that whatever greatness they might possess is not of them, but through them. With this, they see something like a spark of the Divine in every other man, this glimmering latent potentiality, and are able to conduct themselves with a near-inexhaustible wealth of patience and mercy.

By this standard, I have met very few souls who so matched Chester Roy in greatness in the course of my thirty-odd years. Among the lights of the starry heavens are twinklings that have gone out ages ago, so too is it with the lives of men.

25 thoughts on “Every Day He Lived A Sermon”