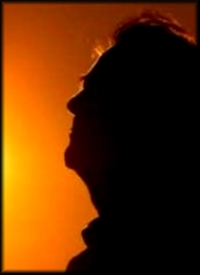 Richard Dawkins came up in a conversation I had with a colleague this evening. I will call her “April” out of respect for her privacy.

She is a “professing” secular humanist and ardent follower of a purely naturalistic worldview.

Nevertheless, we get along quite well and are able to engage in dialogue without resorting to unproductive bickering or intellectual one-upmanship.

April is rather well-read and capable of conversing on a range of subjects with a decidedly philosophical bent.

Our conversation was initiated by an editorial, written in a local paper she was reading, concerning the Theory of Evolution and the ongoing legal contentions taking place within the state board of education. Naturally, the topic strayed (dare I say “evolved”) into the broader realm of the “Science vs. Religion” debate.

As I was making a specific point (regarding an argument Dawkins made in a recent article), I noticed a curious expression on April’s face. An expression that indicated I had somehow offended her, yet I continued on. Wondering, in the back of my mind, precisely how I had gone “over the line” as I thought I was maintaining a more than adequate logical objectivity in refuting the ideas set forth upon their own merit.

Finally, I could tell that we would not make any headway in this exchange if I continued to disregard the sensibilities of the co-participant in this exchange. I stopped and inquired of April as to whether I had insulted her.

END_OF_DOCUMENT_TOKEN_TO_BE_REPLACED

“…drink up baby
stay up all night,
with the things you could do,
you won’t, but you might…” 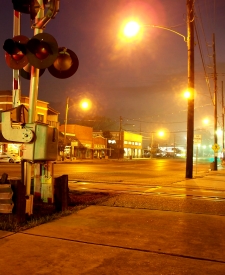 My day starts long after others’ have ended, I do more before 9am than most people do all day. I also weave more self-aggrandizing hyperbole into the mundanities of my life than your average drunkard.

So…  I stop by the cafeteria to build a coffee for medicinal purposes. That’s right, I said build a coffee. Raiding the voluminous pantry for cinnamon, cardamom, fennel, and whatever spices I can find to tickle my catastrophe. Lotsa cream and lotsa sugar, I like my coffee like I like my women: high-strung and strong enough to kill the average man.
|

END_OF_DOCUMENT_TOKEN_TO_BE_REPLACED

“…sometimes they just get caught in the eye,
you’re pulling him through…”

“I want to do right,” he tells me, “but I don’t do it. I do the wrong things over and over, and I know what I’m doing is the wrong, but I want the wrong more than I want the right.”

His name is “Paul” and this was the first thing he said to me at the outset of our relationship.
|

Desirous to speak to the “universe of discourse” his words have wrought into existence, yet do I also wish to answer with clarity of Truth.

END_OF_DOCUMENT_TOKEN_TO_BE_REPLACED

A Place To Stand